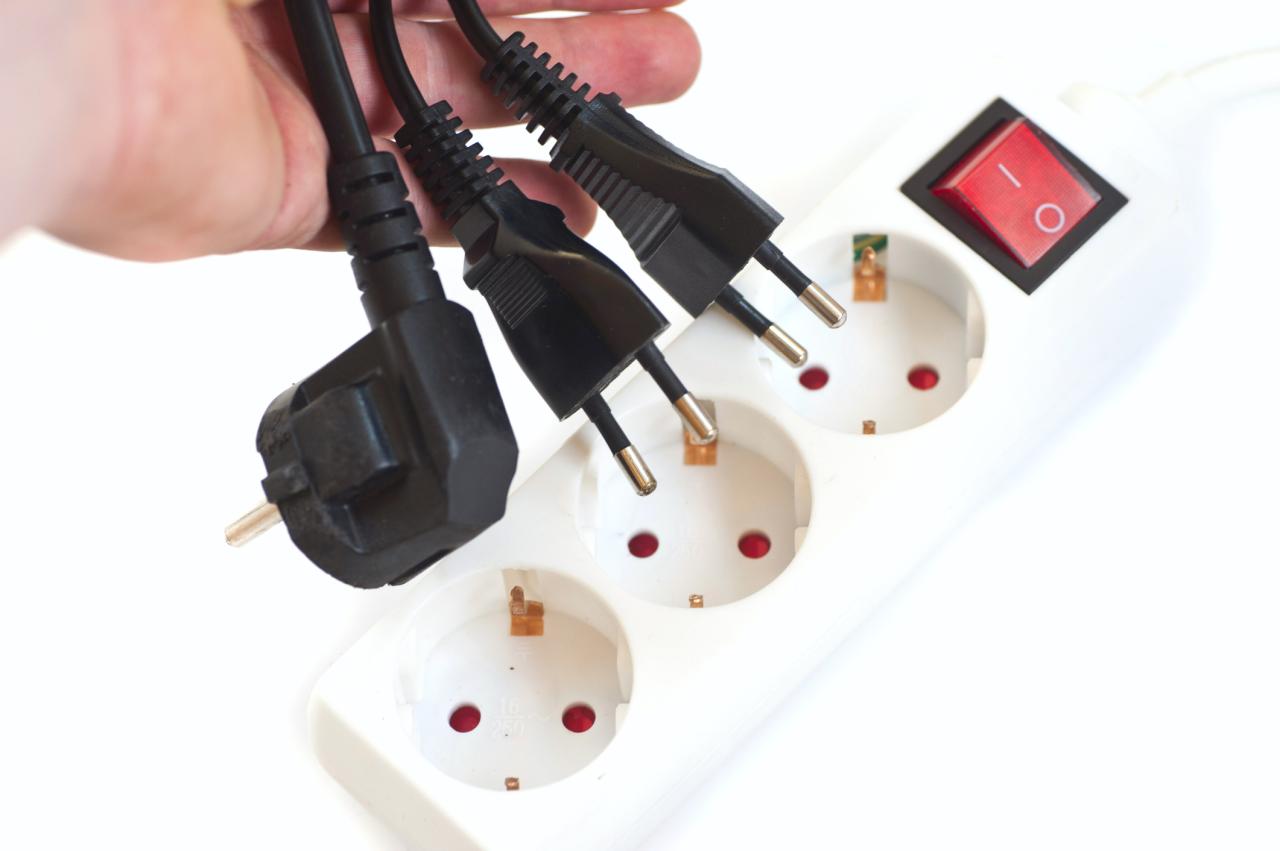 Power strips can be very handy, but they can be dangerous when misused. Here are 7 devices you should never plug into a power strip.

When a room lacks wall outlets, power strips and extension cords are sometimes the only solution for plugging in multiple appliances. But these handy items can be dangerous when used without care. According to the blog Izi, by EDF : “In France, more than 30% of the fires domestic fires are caused by an electrical problem.” The 7 appliances on this list are heavy power users and should definitely not be plugged into a power strip.

We won’t teach you that the refrigerators and freezers consume a lot of electricity all the time. According to Engie : “the consumption of a refrigerator corresponds to almost a quarter of the household energy expenditure, i.e. about 200 to 500 kWh/year.“

Microwave ovens are not as energy intensive as refrigerators, but they also have the ability to cause overheating or even a power surge, especially if the grill function is used. According to Plüm, a microwave oven can use up to 1300 Watts of power. For this reason, they should preferably be connected to a wall socket, like the previous appliances.

In the category “appliances that consume a lot of electricity”, washing machines (washing machines, dishwashers, but let’s not forget the tumble dryers too) have a special place. It seems obvious, but these appliances should not be connected to a power strip. Just like microwave ovens and refrigerators, Plug them into a wall outlet and let them do their work..

Heating is one of the biggest expenses of the French. It represents “60% of total energy consumption“, according to ADEME. If most of us heat with gas, others opt for an electric heater. Electric space heaters consume a lot of energy and should be kept away from power strips, otherwise they can cause a power surge.

It may come as a surprise, but toasters are also big energy consumers. However, their use is much more occasional, which explains why their annual consumption is much lower than that of refrigerators and other ovens.

But who’s to blame for their energy guzzling? Their resistance. It’s what allows us to toast our bread, at the cost of a tremendous amount of electricity. The load demanded is high, so don’t plug the device in just anywhere, you’re starting to know the drill.

They don’t give our slices of bread crisp properties (though) but straightening irons work in a similar way to toasters. In other words, ithey heat up very hot and very fast to get the job done. The same rules apply to this type of device.

Finally, we end this list by closing the loop: a power strip must not be connected to another power strip. While this trick allows you to plug in a variety of devices in the same location, the maximum load that the first power strip can accept remains the same. Exceeding this limit can lead to overheating and power surges.