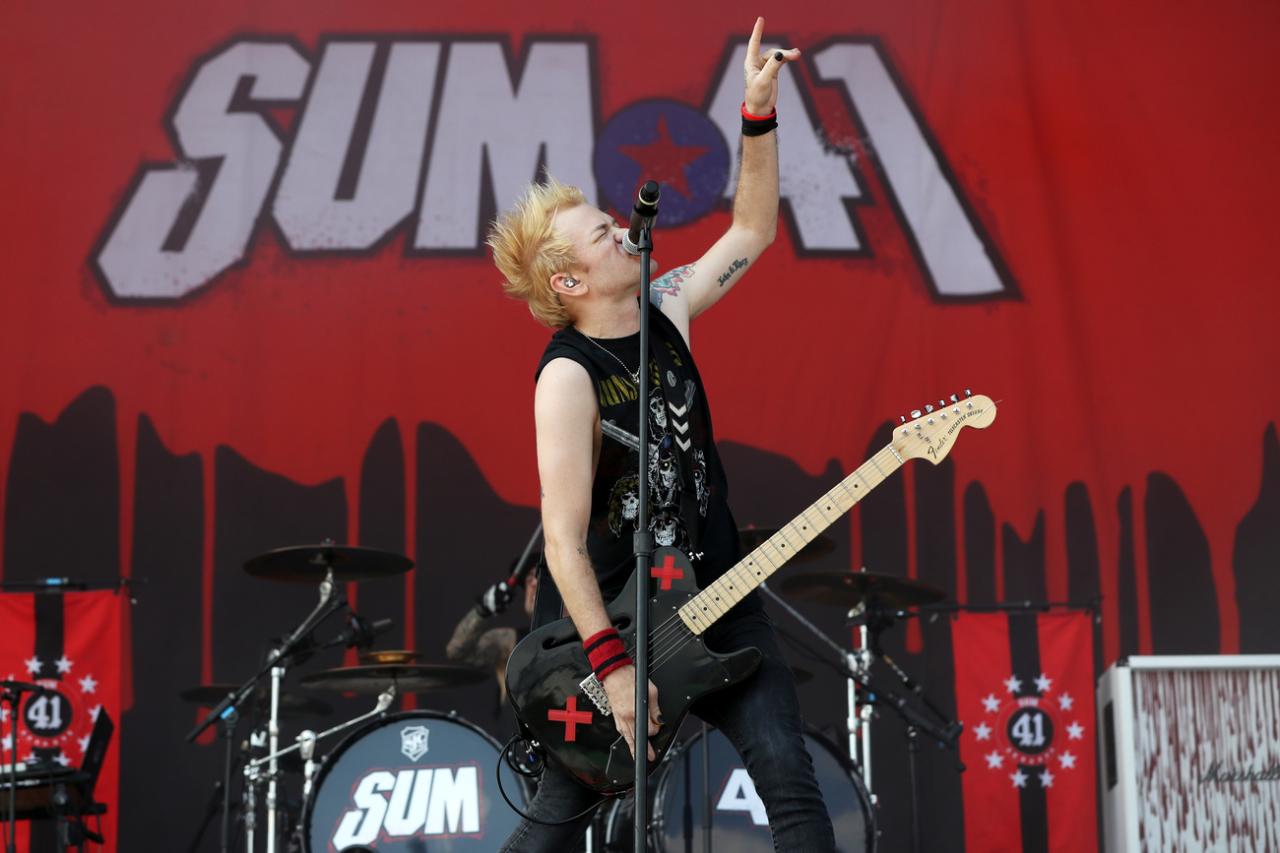 Unavoidable a few years ago, some bands didn’t pass the test of time. Here is a selection of French and English bands that brightened up our young years before disappearing into oblivion.

No, don’t lie, we know very well that you got excited about titles such as All the women in your life and In Too Deep. But who would have thought that the bands that were at the height of their success when we were teenagers would fall completely out of fashion in such a short time?

With its singer and guitarist with overgrown hair and its borrowed riffs that sometimes sounded very heavy metal, Sum 41 is one of the most representative teenage rock bands of the early 2000s. No wonder that their hit In Too Deep appears in the soundtrack ofAmerican Pie 2… a cult movie for teenagers of that time!

But multiple changes of formation of the musical tastes of the public soon made move away the group of the charts. It is whispered that even today, thirty-somethings in suits take advantage of the discretion of their AirPods to listen to their albums in the subway…

In 2001, the TV show Popstars gave birth to the L5. Made up of five women, as their name strongly implies, the girl band then launched, with this (un)forgettable title All the women in your life. That year, an evening without a single was simply unthinkable, and the “hit” was played on all the waves.

In the meantime (it’s been more than 20 years), the band has reformed several times and has tried various comebacks, with only partial success. Anyway, have you ever listened to the albums that followed the first one? That’s it, exactly.

Impossible to talk about the L5 without mentioning Linkup. Group formed at the end of the third edition of Popstars, the boy band committed titles such as My star and… not much else really.

What’s left of this band but some vague memories of weird haircuts? Matt Pokora, who took advantage of this momentum to start his solo career.

Decades before BTS, another boy band in three symbols was idolized by legions of high school boys and girls. It was the 3Ts. Their members? Taj, Taryll and TJ Jackson. Jackson, as in Michael Jackson. Indeed, this group was formed by the nephews of the King of Pop. The latter even made a small appearance in Why.

Many couples must have been formed thanks to their slows, unfortunately, the three singers seem to have changed careers: Taryll, in particular, is now working in real estate. A rather brutal return to reality.

Another great band of the 90’s… the Backstreet Boys! At the time when the Boys Bands were flooding the Hit Parade, the “BSB” were also a must with pop hits such as I want it That Way and Everybody (Backstreet’s Back).

If they still make a few timid dates in their native country, they have totally disappeared from the French, and even European, audiovisual landscape.

O.K., for this band we will go quickly because the memory is rather painful and embarrassing. The youngest of our readers may remember: in the middle of the 2000’s, PZK was born and offered to the world several titles that have frankly worked well. Their most famous title? Girls love it. We let you judge the quality of this clip which has exceeded one million views on YouTube.

What happened to PZK since then? No one knows. And to tell the truth, we don’t really ask the question, it was more rhetorical than anything else.

We leave Pop and the United States to join Helsinki and The Rasmus. Just like the other members of this list, The Rasmus was at the top some time ago before joining the darkness and dust of our CD libraries (in the old days, we used CDs to listen to music).

Their hits? First Day of My Life, Guilty or again In The Shadows… which had a second life thanks to the program On est pas couché.

Let’s set the scene: we are at the end of the 90s/beginning of the 2000s and you take guitar lessons to impress your crush. Your choice is then inevitably on Wonderwallby Oasis.

With their international hit, the band made a few other minor bangers, but that didn’t prevent their final breakup in 2009. Even today, the melody of Wonderwall triggers some nostalgic shivers to pre-boomers (those who are not yet old but almost).